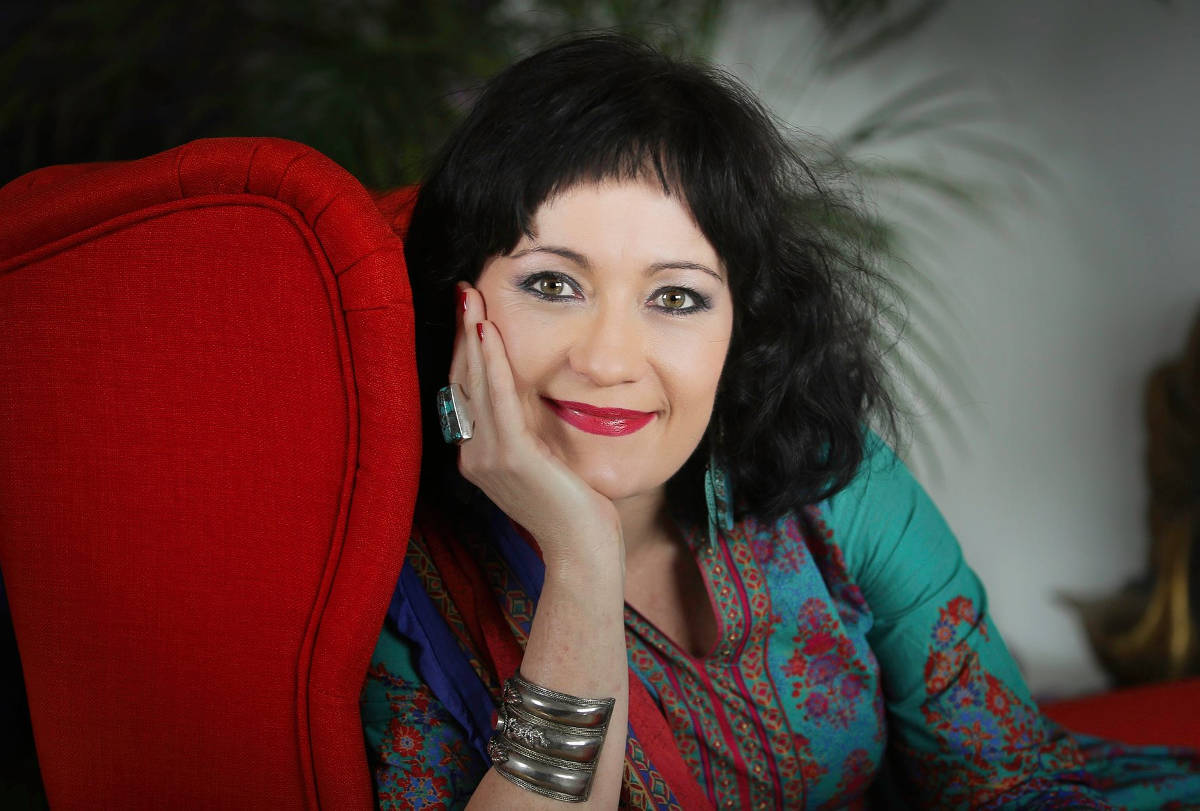 Maja Gal Štromar, writer and actress, was born on 26 August 1969 in Novo Mesto, Slovenia. She was attending the Faculty of Arts at the University of Ljubljana where she studied Italian and French. After graduating she moved to France where she studied acting at the Jacques Lecoq International Theatre School in Paris. As a theatre actress she has worked as a permanent member with the Celje People’s Theatre as well as Maribor National Drama Theatre. She has also had several guest appearances in numerous other theatres and performed in an array of her own projects, both in Slovenia and abroad. She has played over theatrical 30 roles and shot over 27 films. She is also a very talented writer with 12 published literary works so far: collections of short stories “Goga 66000″, “Na Predpomlad Mi Reci Ti” (Call Me By My First Name Before Springtime), “Že Češnječas” (It’s Cherry Time), novels “Amygdala’s Heart”, “Lju.beznica ali Svetloba po dekretu” (Little Love or Light by Decree), “Misli name, ko ti je lepo” (Think of Me in the Good Times), “Potaknjenci” (Cuttings), “7kg do sreče” (7kg to Happiness), a theatrical monodrama “Alma Ajka”, published in Slovene and Arabic at the Biblioteca Alessandrina in Egypt, a poetry collection “Boginja z zamudo / Dea in ritardo” (Belated Godess) published in Italy with an audio CD, an educational manual on theatre cum children’s story cum play “Črkolandija” (Letterland), and the charity story “Anina zvezdica” (Anna’s Little Star). Maja also writes plays for children and adults: “Črkolandija” (Letterland), “Kako je Nejc prevzgojil babico” (How Nejc Re-educated His Grandmother), “Ločujem – planet rešujem” (I Separate – I Save the Planet), “Cifromanija” (Numbermania), Jan in njegovi zobki (Jan and His Teeth) “Kako se je Hladilnik Gorečnik zaljubil v Pečico Jožico” (How the Fridge Fell in Love With the Oven) and many radio plays broadcast by Radio Slovenia and the Italian National Broadcaster RAI. Maja lives in the capital of Slovenia Ljubljana where she works as an free-lance artist. She is involved in theatre, film, writing, translating and teaching drama both at home and abroad. In 1991 she was awarded the Sever Award, the Slovenian national theatrical award, for the best actress of the year.